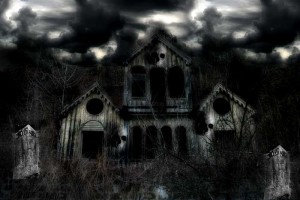 It’s time to raise up the spirits of Mary Shelley, Bram Stoker, and Edgar Allan Poe.  The library is undergoing a haunting!  This is an exclusive event for 7th through 12th graders…the frights will not be for the faint of heart!  There will also be a movie and Halloween treats in the meeting room.  The Haunted Library will be open for tours from 7-9pm on Saturday, October 19.

We also want to thank in advance all the community members and organizations that are lending us the materials to make this Haunted Library awesome.

Some pictures are now posted on our facebook page of the programs we’ve hosted so far this month:

We’re excited for the House of Hades Release Party this Tuesday, and will post pictures of that as well!

This fall, we are launching a number of new programs aimed to reach a wider range of ages and engage the creativity of patrons.

Coinciding with the school district’s early release days, the library will be hosting a variety of activities for Kindergarten through 6th graders from 1:30-2:30 pm the first Wednesday of every month.  The first early release activity day will be on October 2nd, and will feature Lego Club and Maker Space stations for 3rd through 6th graders, as well as puzzle, craft, and coloring stations for Kindergarten through 2nd graders.  There are no sign up sheets for these activities, but kids who attend are requested to bring a parent or caretaker along with them.

The library is also adding a new monthly story time called Donuts and Dads that will happen on the first Saturday of every month from 10-11am, starting on October 5th.  Dads and grandpas are invited to bring their kids for stories and songs followed by a snack and play time.

Another special event that will take place in October is the House of Hades release day party.  House of Hades is the fourth book in Rick Riordan’s Heroes of Olympus series.  Riordan is a favorite author of many young readers, who have been eagerly awaiting the latest installment of this series.  The library’s release day party will run from 7-8pm on Tuesday, October 8, and will feature a treasure quest and prizes.  Costumes are highly encouraged- the three best costumes win a copy of the new book!

The library will host some Halloween events as well.  For 7th-12th graders, the library will be transformed into a haunted house on Saturday, October 19 from 7-9pm.  It’s guaranteed to send shivers up your spine, so enter at your own risk!  Costumes are highly encouraged for this event as well.

The annual children’s Halloween party at the library will take place on Monday, October 28at 6:30 pm.  This year will feature some fun new activities and games as well as the usual costume parade.

Also, for teens and adults, don’t forget the board gaming night at the library September 26th at 6:30 pm!  All experience levels are welcome.

It’s time to get your game on at the Zumbrota Public Library.  On Thurs, Sept. 26 at 6:30 pm there will be a Board Gaming Night at the library.  Have you ever wanted to try something other than another round of Monopoly, or to break out of that old Scrabble routine?  Now is your chance!  All experience levels are welcome to join us. Community gamers will be on hand to teach new games.

Some of the games featured will include Scotland Yard, Ticket to Ride, The Resistance, Forbidden Island, Pandemic, Seven Wonders, Citadels, Settlers of Catan, Formula D, Dixit, Dominion, and more.  So come ready to meet new people, engage your imagination, and have a great time. 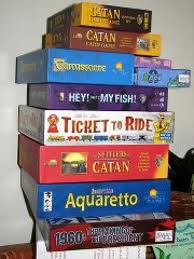 In Person: Tuesdays and Saturdays at 10:30 am. Different programs will be presented at each Story Time.